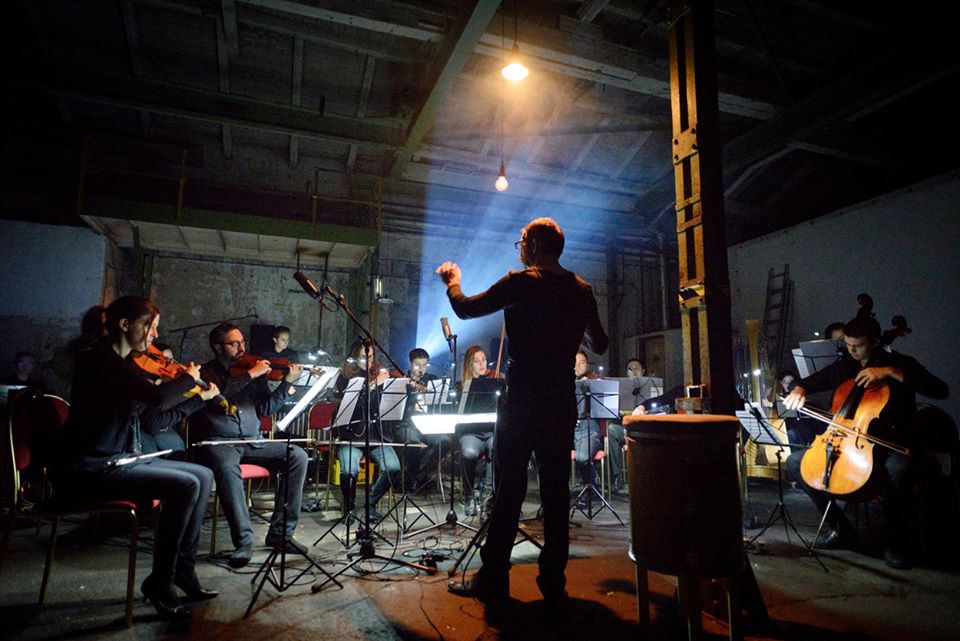 BERG Orchestra’s last concert so far took place on October 16, for the first time at Továrna, a former industrial building turned into an arts centre in Holešovice, Prague. A part of the programme was a world premiere of a new piece by composer Matouš Hejl (*1989).

Kaleidoscope was written in 2015 as Hejl’s graduation piece, yet with plans of BERG performance already in mind. “I revised the original version, which followed the structure of Ray Bradbury’s short shory of the same name, for today’s concert,” Hejl says in the programme brochure, “its musical material was being unfolded ad folded again, just like in a kaleidoscope picture.” The audience also had a chance to hear Clocks of the Past II by Broius Kutavichius and the Czech premiere of Tristan Murail’s Désintégrations. BERG was conducted by its music director Peter Vrábel.