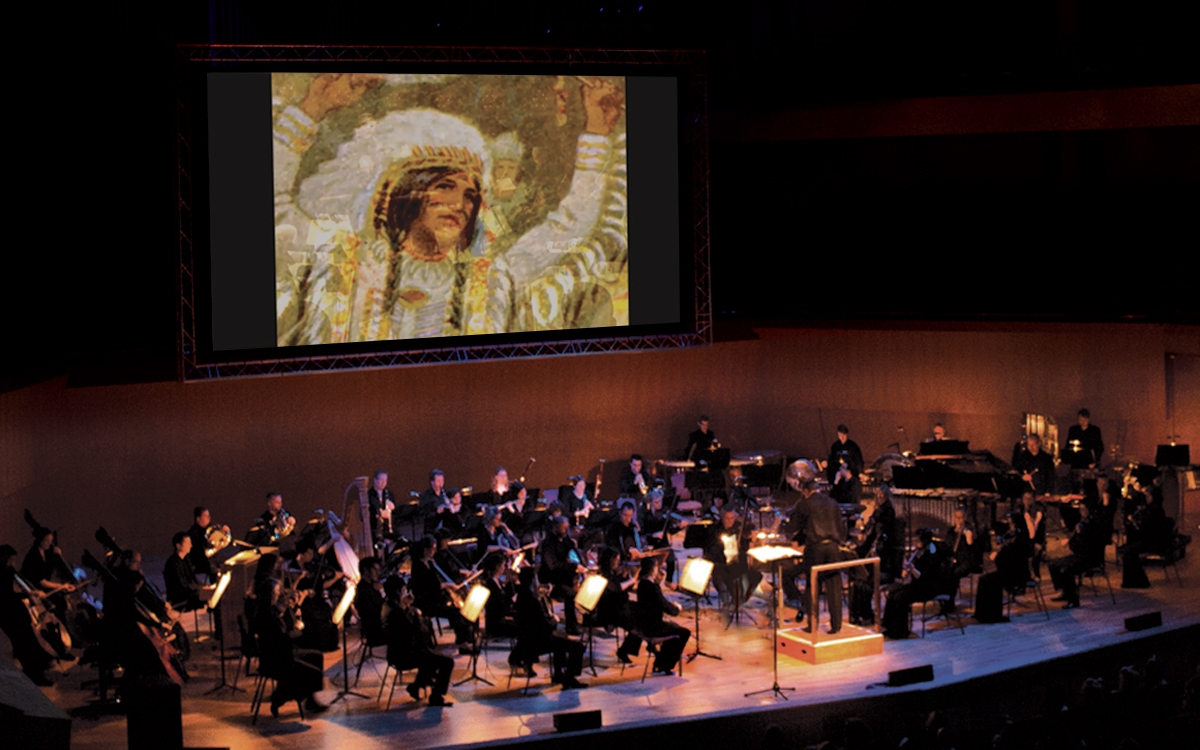 Antonín Dvořák’s rarely played oratorio Saint Ludmila concluded the Dvořák Festival held by the Manchester Hallé Orchestra. In the course of two weeks between May 5 and 21 the orchestra led by Sir Mark Elder commemorated the music by this renowned Czech composer by launching seven concerts of some of his most famous works.

Among the events attracting most attention were Beyond the Score, a multimedia performance telling the story of the New World Symphony by combining live orchestra music with actors, singers, film and photography, as well as a performance of The Golden Spinning Wheel symphonic poem preceded by the conductor’s talk explaining the plot with a help of a special illustrated presentation. The other works included the Seventh and Eigth Symphony, selection of the Slavonic Dances, concert overtures In Nature’s Realm, Othello and Carnival, Moravian Duets, Piano Concerto in G minor with Francesco Piemontesi as a soloist or the Cello Concerto in B minor performed by Gary Hoffman.