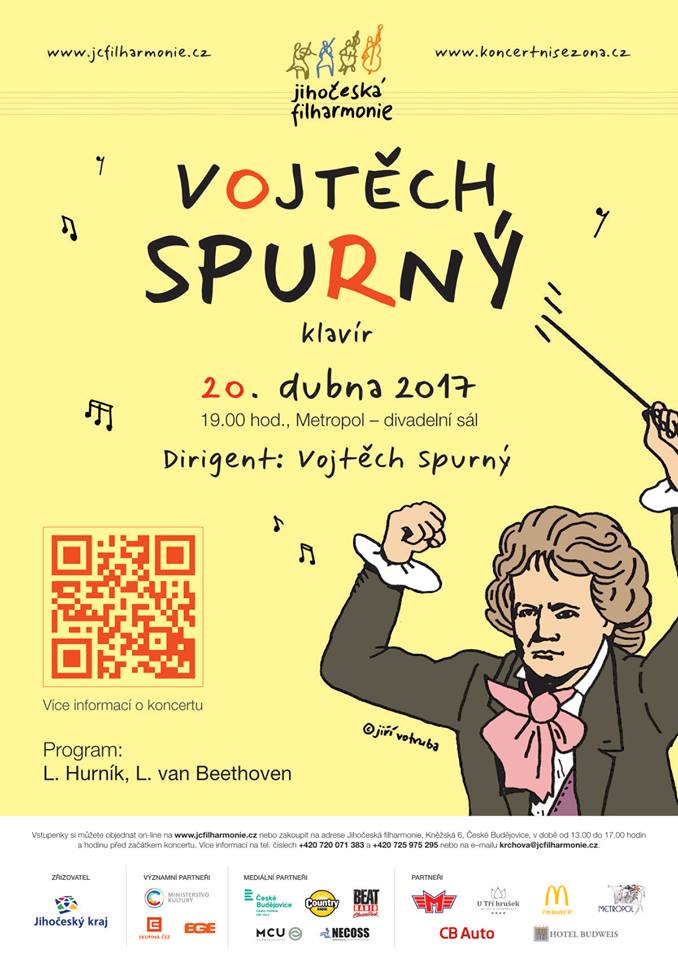 On 20 April, the South Czech Philharmonic gave world premiere to the Angels Overture by composer Lukáš Hurník. The piece is in fact a newly-composed prelude based on the themes of The Angels, the author’s “musical-opera” which was staged, rather unsuccessfully, eleven years ago at The National Theatre. The postmodern performance was telling a story of a group of angels, who, bored with the celestial music, decide to form a rock band; the Overture thus includes quotations of the music by Madonna or Deep Purple.

The concert’s director Vojtěch Spurný is a skilled player, too, which he had a chance to demonstrate as a soloist in the piano version of Beethoven’s Violin Concerto in D major, Op. 61. The evening was closed by Beethoven’s Symphony No. 7.