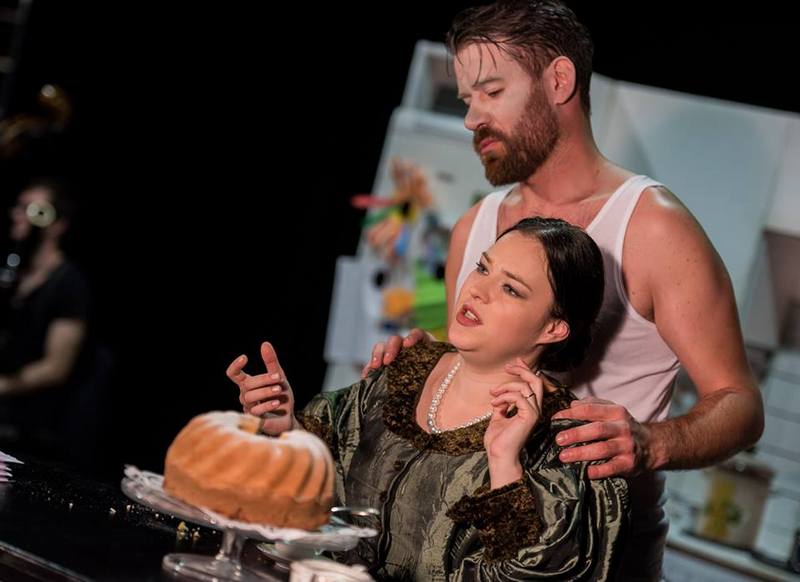 On November 17 in the Mozart Hall of Reduta, Brno, Ensemble Opera Diversa introduced the first opera by Vienna-based composer and musicologist Lenka Nota I Am the Princess of Fools. It tells the story of Božena Němcová as written into the libretto by a famous Czech documentary director Olga Sommerová.

“Božena is a friend of all Czech women who did not give up their desire for personal, as well as social freedom,” Sommerová explained. “She inspires us to think and act in ways different from those expected from us from time immemorial, to find our identity and self-esteem.” Her role was performed by mezzosoprano Jarmila Balážová and the spoken one of her husband by actor Lukáš Rieger; the other characters were sung by a four-member vocal ensemble composed of Tereza Maličkayová, Pavla Radostová, Martin Javorský and Aleš Janiga. The (chamber) orchestra was conducted by EOD’s music director Gabriela Tardonová. The whole plot takes place in the somewhat unkempt kitchen of the writer, who “had no time for the household because of her work, just like she had no time for her work because of the household”¹… The opera is the first one from Diversa’s new dramaturgical cycle “Woman in the Leading Role”.

Lenka Nota: I Am the Princess of Fools (world premiere)