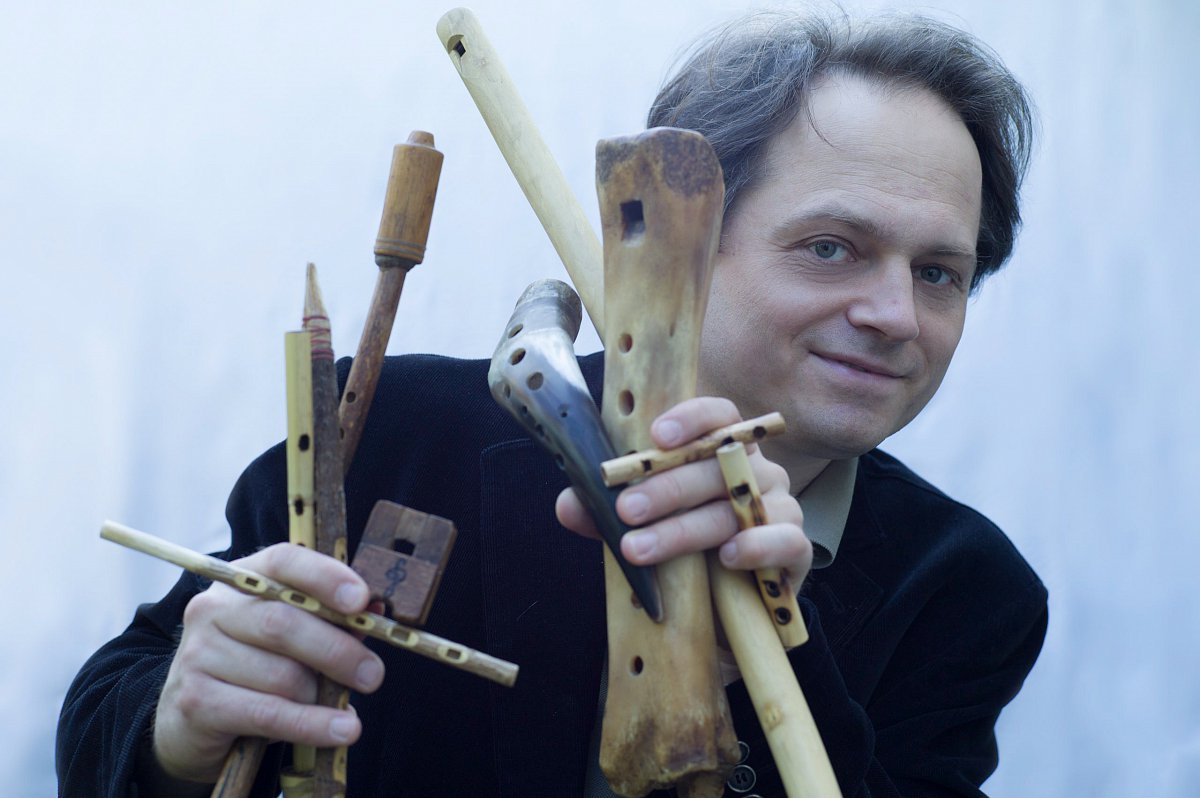 At the opportunity of releasing his new album by the French Arion Music label, Kryštof Mařatka, Czech composer permanently living in Paris, presented the world premiere of his piece Fables pastorales. The concert took place on 16 April in Salle Cortot, Paris, under the auspices of Czech Republic’s ambassador to France Petr Drulák, and, as a reminder of the 100th anniversary of the founding of Czechoslovakia, included also Antonín Dvořák’s famous “Dumky” Trio op. 90 in Mařatka’s arrangement for clarinet, viola and piano.

The composer created Fables Pastorales in 2016 as an expression of his enchantment with Czech and Moravian folk music and discovering of its roots. It is written for clarinet, viola and eight folk instruments – small idioglot-reed clarinet, fawn horn, soprano and alto whistles, nose flute, pastoral horn, bone flute and harmonic flute – and can be performed either by four or three players only, given that the pianist plays with the left hand only and uses the right to operate the folk instruments, like Mařatka himself did at the premiere. Playing the clarinet was Michel Lethiec, viola Karine Lethiec.