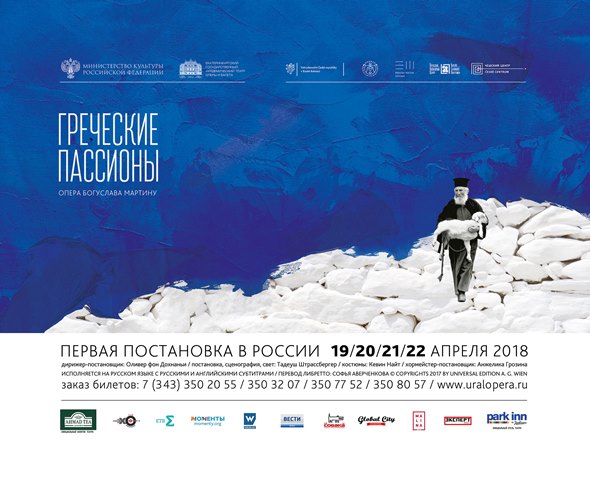 For the first time ever, Bohuslav Martinů’s operatic masterpiece The Greek Passion was performed in Russia, at the State Academic Opera and Ballet Theatre in Ekaterinburg. The premiere took place on 19 April with reprises over the following three days. The first of the opera’s two versions was directed by Thaddeus Strassberger and conducted by the theatre’s chiefconductor Oliver von Dohnányi.

As the plot of the opera, based on Nikos Kazantzakis’ novel Christ Recrucified, is closely tied to Christianity, the whole project was run under the patronage of Russian Orthodox Church. The programme was completed with a discussion panel named Opera and Religion hosting, among Russian music critics and musicologists and other guests, also Aleš Březina, the director of the Bohuslav Martinů Institute in Prague.