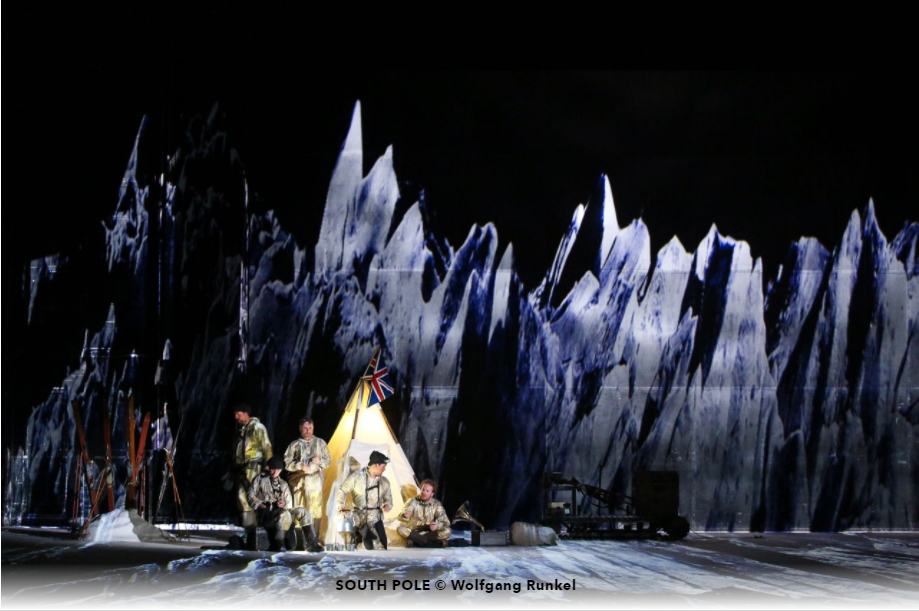 Less than a year and a half since its premiere at the Bavarian State Opera, South Pole, opera by Miroslav Srnka, made its appearance again, this time in a new version on the stage of Staatstheater Darmstadt. The story of two polar expeditions competing in their quest to be the first ones ever to reach the South Pole was premiered on May 27.

The production was created by the successful opera and theatre director Karsten Wiegand who was assisted by Dirk Schmeding and video-artist Roman Kuskowski. Johannes Harneit, composer and experienced conductor of contemporary music, was the music director. The leading roles of the two rival expedition’s leaders were sung by the steady members of the Darmstadt ensemble Michael Pegher (Robert Falcon Scott, tenor) and David Pichlmaier (Roald Amundsen, baritone), while Katrin Gerstenberger and Aki Hashimoto starred as their live partners. The first responses to the premiere seem to be enthusiastic; hopefully, the three following June performances will enjoy the same critical acclaim, too.