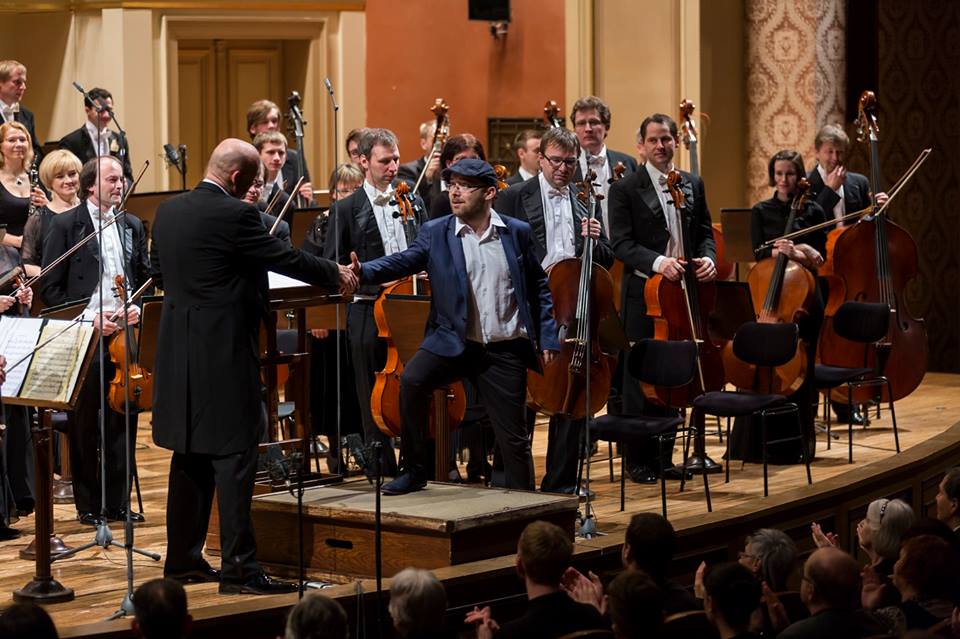 PKF – Prague Philharmonia performed a world premiere of the composition I Hear the Sky by Michal Nejtek (*1977). The 13-minute long piece, which had been commissioned by the orchestra, was given its premiere on 17 January at the Dvořák’s Hall of Rudolfinum followed by music of Richard Wagner, Claude Debussy and Béla Bartók. The orchestra was conducted by its Chief Conductor Emmanuel Villaume.

With regard to the piece Nejtek said: “Some indigenous cultures believe that using certain musical patterns allows us to affect the motion of the skies. (…) In I Hear the Sky, I used various melo-rhythmical patterns from ethnic music (Pygmy peoples, gamelan etc.) as the musical material. However, none of these patterns is to be heard in its original form; they all are in some way trans- or de-formed, harmonized, woven into strange counterpoints, varied… I believe that nowadays it is hardly possible to decipher the original message of the ritual patterns. Unavoidably, we have to reinterpret their sense, adjust it to the present day, update it… which, however, does not necessarily mean to trivialize it.”

The concert was preceeded by a moderated discussion with the author.