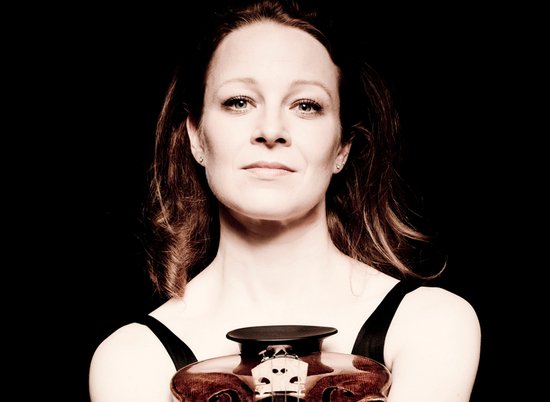 A new composition by Martin Smolka received its premiere at the international contemporary music festival Acht Brücken. Musik für Köln (Eight Bridges. Music for Cologne) whose sixth year was held between April 30 and May 10. The piece for violin and piano called lay, wail, purr, whirr, smooth, whoop, soothe (and this also is vanity) was performed on May 9 at the headquarters of the West German Broadcasting Cologne by Carolin Widmann and Nicolas Hodges together with the music by Galina Ustwolskaja on the work of which the festival was focused this year.

The title of Smolka’s piece is formed by seven English verbs which, as the author puts it, simply describe the musical action: “Silent chords should be laid next to each other, then the violin would wail and yell, later the silent chords purr like a cat…” The second part refers to an iterration from the Old Testaments’ Book of Ecclesiastes which in connection with the festival’s main theme (Music and Faith) suggests that everything can be considered a vanity, including the piece itself. On June 2 the concert will be broadcasted on the West German Broadcasting’s stadion WDR 3.