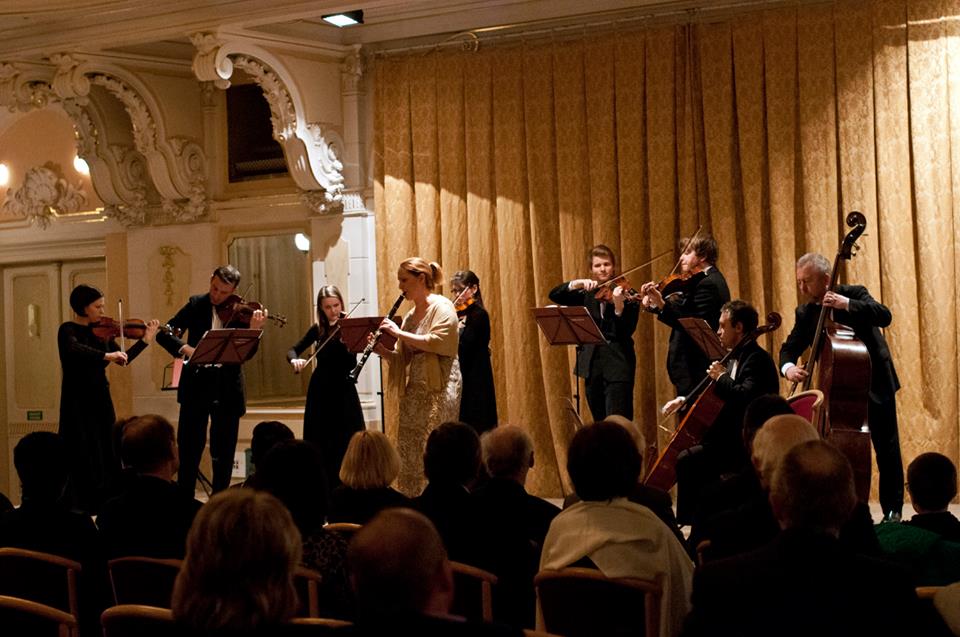 Clarinet Concerto in D major by a well-known composer and jazzman Emil Viklický (*1948) received its world premiere during the 38. year of the Pardubice Music Spring international music festival. The sixth of the festival’s thirty concerts took place on 1 April in the Big hall of the Chrudim Museum. The concerto was performed by the chamber string orchestra Barocco Sempre Giovane with a leading Czech clarinettist Ludmila Peterková, for whom the piece was written, as a soloist.

The collaboration between Viklický and Peterková dates back to a certain birthday party where the two musicians had been playing a few light pieces together. Excited by this experience they promptly agreed on a further collaboration and before long the new piece, consisting of three movements, approximately 18 minutes long and revealing its author’s musical career path through its jazzy rhythms was finished. The other works of the – given the date – aptly named ‘April Fool’s Day Concert’ were also of a light and entertaining character; Mozart’s Little Night Music and the premiere were followed by Luboš Sluka’s (*1928) Sunset Suite, a piece inspired by the jazz music and dance of the 30s, and the famous Clarinettino, likewise to Peterková dedicated concertino for clarinet and strings op. 11 by Ondřej Kukal (*1964).