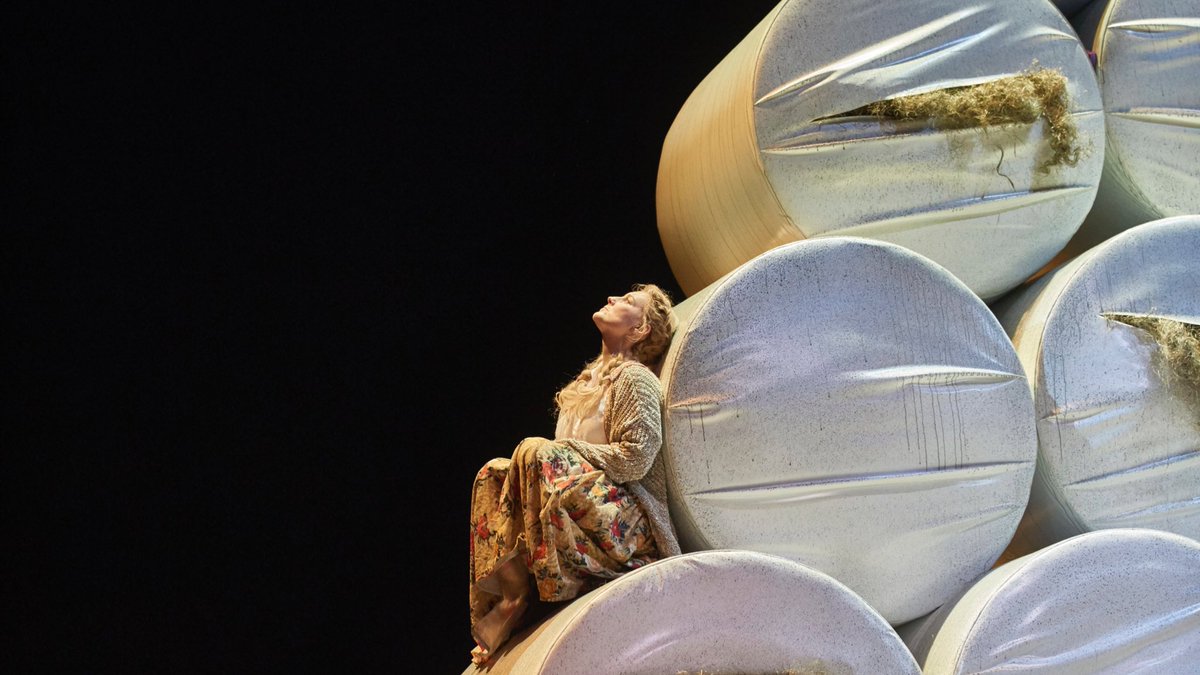 On Saturday 4 March, Staatstheater Darmstadt premiered a new production of Janáček’s Jenůfa. Its author Dirk Schmeding belongs to experienced Janáček-directors; he directed Jenufa already three years ago at Landestheater Detmold and his first work in Darmstadt was The Cunning Little Vixen. His co-workers from the latter production included other members of the present creative team – stage designer Martina Segna, costume designer Frank Lichtenbeg and especially the theatre’s music director Will Humburg.

The well-known soprano Katharina Persicke, from this season a member of the Darmstadt ensemble, is starring as Jenůfa, the other roles are sung by Marco Jentzsch (Laca), Mickael Spadaccini (Števa) or Anja Bildstein, alternating with Elisabeth Hornung, as Grandmother. Owing to a sudden illness of mezzosoprano Katrin Gerstenberger, the role of Kostelnička was assumed by the renowned Iris Vermillion at the premiere, who thus was thus the only person singing in Czech and not the German translation. The performance, nevertheless, received a rapturous ovation. There will be six more performances by the end of the season.